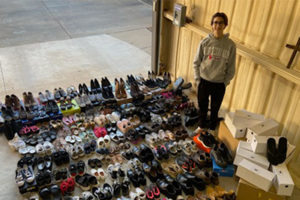 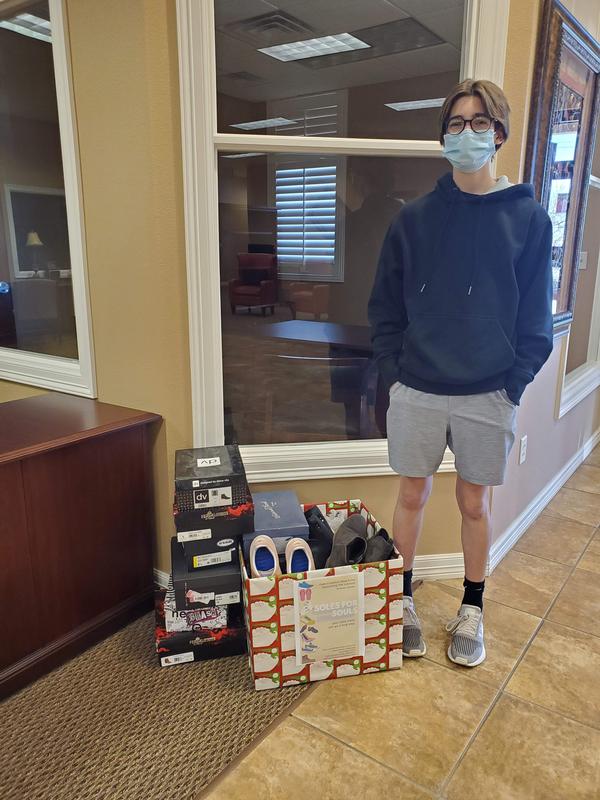 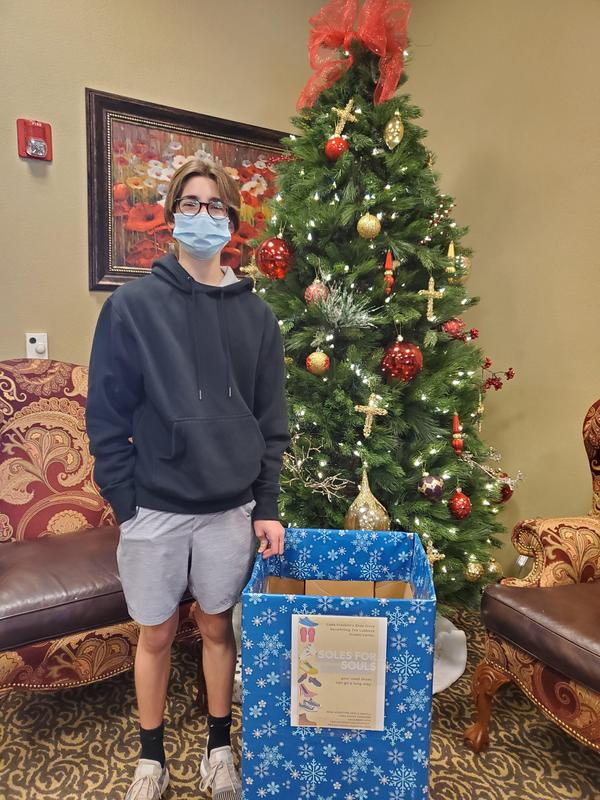 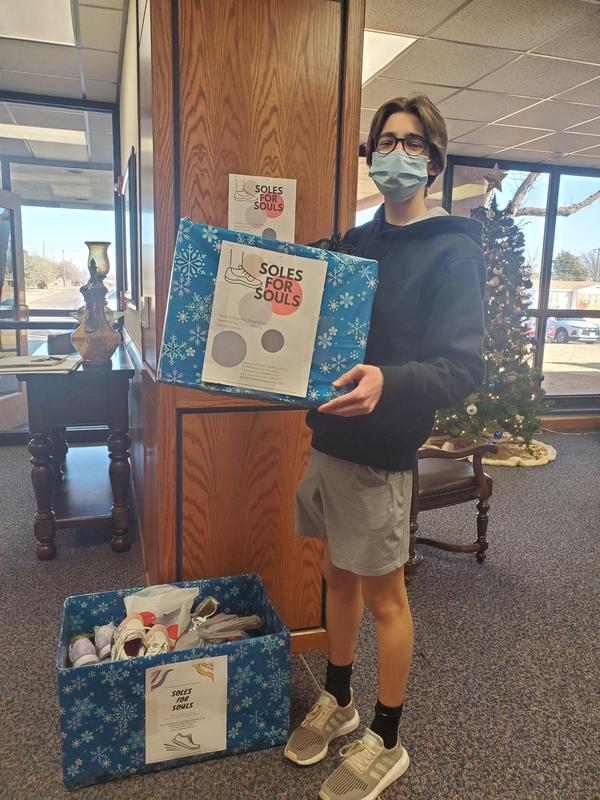 FHS Ninth Grade Center student, Cade Franklin, started a shoe drive called Soles for Souls when he was a third grader at North Ridge Elementary. Seven years later he is continuing the drive to collect shoes for people in need.

Franklin said he was inspired to start his drive while in Mrs. Carder’s Gifted and Talented class at North Ridge when talking about people in need and ways he could help.

He and his friend, Charlie Pitner, both decided they wanted to start drives to collect shoes and coats for people in need during the holiday season. Pitner started Charlies Kids-4-Kids Coat Drive around the same time.

“I started it that December of my third-grade year,” Franklin said. “This year is my seventh year to do Soles for Souls.”

Franklin said once he had the idea he just needed to come up with a name for the drive and way to spread the word.

“The name Soles for Souls came to mind,” Franklin said. “I wanted to touch someone’s soul by putting soles on their feet. My parents, Nana and aunt spread the word among work and friends that year and from there Soles for Souls has grown.”

Franklin said that this year he set up collection boxes at Aim Bank, in his neighborhood, his Nana’s neighborhood and the Frenship Administration Building.

“Social media posts resulted in others brining shoes to my doorstep that may have otherwise not have been donated,” Franklin said.

Franklin explained that after collecting shoes from the different collection sites he dropped them off for donation at The Lubbock Dream Center.

“This year I collected 180 pairs of shoes,” Franklin said. “Over the course of seven years, there have been around 1,200 donated to Soles for Souls.”

Franklin said that each year Soles for Souls is his opportunity to give back to the community.

“I feel it is important to play a role in encouraging others to also give or serve in any way they can,” Franklin said. “I am motivated because each year I have done it, the Dream Center mentions how there is a true need for shoes, and that the shoes really do bless many people, young and old. I look forward to doing this event year after year and seeing how it can grow and continue to impact people.”